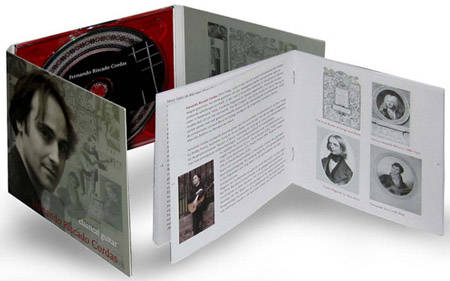 Enjoy several cornerstones of the classical guitar repertoire mixed with transcriptions of some of the best works, originally written for the Renaissance and Baroque lute.

Works by Federico Moreno Torroba (1892-1982) and Manuel María Ponce (1882-1946) add a link to the 20th century guitar virtuoso Andrés Segovia. Agustín Barrios Mangoré features on this recording, especially because his music was ignored for such a long time; but at the same time it's quality grants it a place within the celebrated part of the ouevre for the guitar.

"Grand, solemn and imbued with the melancholy of centuries past; in this way Cordas lifts the music above 'simple guitar tunes'. - Luister Magazine